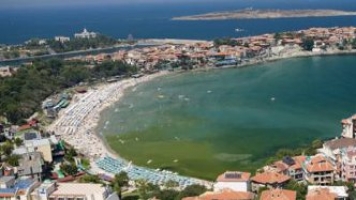 Address: Bulgaria, Sozopol
Arrival to the river Ropotamo, motor boat trip along the river. Arrival at Sozopol. In the past, Sozopol (once called Apollonia Pontica) was an ancient Greek colony founded in 610 BC by residents of the Greek town of Milet. Sozopol is situated in the south part of Burgas Bay and attracts tourists from all over the country, as well as from all over the world, with its historical and architectural sights. Among the places of interest are the ruins of the ancient city and the monuments of the old Bulgarian architecture. There are many Orthodox churches and monasteries in  Sozopol. Among them stands out the church of "St. George", where one can worship a piece of the Holy Cross. In Sozopol there are relics of St. Andrew, and also relics of St. John the Baptist,  that were recently discovered during archaeological excavations on the near island of "St. Ivan". These priceless Christian relics give grounds to some historians to refer to Sozopol as the "Bulgarian Jerusalem".
Walking tour across the town. Free time.