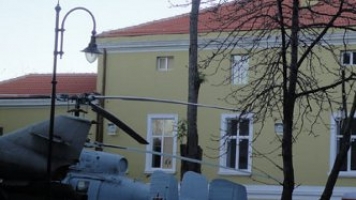 Address: Bulgaria, Varna, 2 Primorski Blvd., Sea Garden
The Naval Museum is one of the symbols of Varna. The museum is located in the very south part of the Sea garden. The beautiful building of the museum was constructed in 1890 for the Italian consul Asaretto.
A marine weapons collection, the old Varna port lighthouse and one of the first Bulgarian minesweepers, can be seen in the park of the museum.
The museum maintains 2 permanent major exhibits, arranged in 12 halls, tracing the region's maritime history from antiquity to present days. There is also a water transport exhibit. In addition, the yacht "Cor Caroli" and two helicopters, part of the naval helicopter squadron of the Bulgarian Navy can be also seen among the exhibited objects.
The most valuable exhibit is the torpedo-boat "Drazki" (meaning “Bold”), famous for its actions during the Balkan war. This is the only warship of this class, preserved from the early 20th century till nowadays.